Many years ago I was sitting in a bible study listening to the preacher teach. He turned to Luke 16:1 and began to preach a lesson which had no basis in reality. According to him, it’s alright according to God to steal if your intentions are reasonable. Knowing this was complete garbage, I prayed for understanding in this matter, and here is what my Lord gave me.

To understand this story we must look at the scene laid out before us. Jesus had evidently just left the house of one of the leaders of the Pharisees which he had entered in chapter 14:1 to teach and eat. We see him in chapter 14:25 leaving with multitudes following him which included the Pharisees who were looking for any excuse to accuse him of breaking the law. In chapter 15:1 he is accused of receiving and eating with sinners, and Jesus again begins to teach.

It must be kept in mind that Jesus was a Jew and his earthly ministry was to the Jewish Nation. In Matthew 15:24, Jesus says “I am not sent but unto the lost sheep of the house of Israel.” And in Matthew 10:5 when he sends his disciples out, he tells them, “Do not go in the way of the Gentiles.” The ministry of Jesus was a microcosm of that which the Jewish Nation should have been. Jesus being one man was going to do what the Jewish Nation as the “Chosen People” should have done. And only by being God the Son born in the flesh could he accomplish that which the children of Abraham had failed.

God had chosen the Hebrew Nation to be a witness to the world that there is but one God, a powerful God and a loving God. God manifested his power through the Jews and blessed them with the circumcision to set them apart from the Gentiles. Blessed them with the priesthood and gave to them both the written law and the oral law. God bestowed upon them blessings upon blessings. Throughout all of this, the Jews began to think of themselves as the only people of God, and instead of being witnesses to the world of God, they became recluses, hoarding the gifts and blessings given to them by God. So Jesus came to be that witness so the world should not be lost. But first, he had to be a witness to the very people who in the first place had been made witnesses and failed.

The story of the unrighteous steward was told for the benefit of the Pharisees who were the doctors of the law and should understand that the Blessings, Gifts, and Promises which they had hoarded and squandered were now going to be given freely to all, administered under a new steward (Jesus Himself) and that while there was still time they should endeavor to give what was given to them by God to those who were to receive the blessings under the new covenant which would shortly be instituted.

Breaking down this parable by verses, we have:

Verse 1-2
The rich man is God who is rich and freely gives of his wealth. The steward is the Jewish nation who were given the responsibility of administering the wealth of God. But because God’s wealth was being wasted, the Jews were to be replaced by a new steward (Jesus Christ).

Verse 3-7
Here they are being told that if they would understand this, they should plan for the future. They will no longer be in a position to take what isn’t theirs because God’s blessings would come by way of another steward. If they are not to be left out in the cold they must take that which they stole and give to those who are in debt. In that way, they will be remembered when those who are in debt have the blessings and the former stewards are in debt.

Verse 8
The Lord commends the former steward, not for his unrighteousness, but because he made provisions for his future. Tho he will no longer be in a position to administer the blessings from God, he can still be a partaker of those blessings. 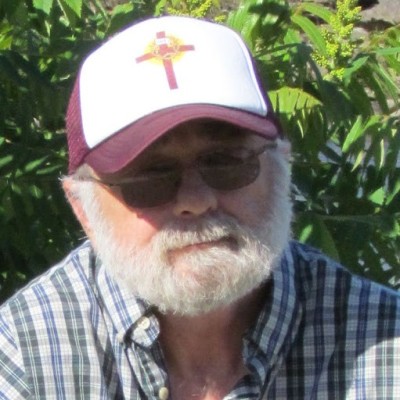