The rich man was probably a man of royal lineage, a king or perhaps a prince, for the color of his clothes was purple which is the color of royalty and it seems that Jesus wouldn’t mention this fact unless it had great significance. Also, the fine linen he wore indicates how very rich he was and gives us a yardstick to show the vast chasm that exists between the very rich and very poor and the indifference the one has for the other. This rich man fared sumptuously which is to say all that was set before him was of the very best that money could buy. We can look at the word “sumptuously” according to the Greek and find its meaning is “Shining & Bright.” Can you imagine sitting down to a table spread with the finest and most expensive food prepared by the very best chefs in the world? The table is covered with a silken table cloth and the glasses are of the most expensive crystal. The plates are of pure gold and the serving bowls are silver. Shining and Bright is a very good description of the splendor in which this man lived. Then we have Lazarus, a poor man who lived a life of poverty, tho the scriptures don’t tell us how long Lazarus had lived this way, I believe it was a life of poverty from childhood brought on by a crippling disease. Lazarus was laid at the gate of the rich man which means he couldn’t make his way there himself. Verse 21 says he was full of sores which means in the Greek that he was covered with ulcers or open wounds. These ulcers were probably caused by lying or sitting in one place for long periods of time, not being able to move. A life of pain and misery, a life of hunger and thirst, a life of begging and pleading for even a crumb of bread to eat. This was the life of Lazarus. But tho Lazarus lived a tortured life, he feared God and worshiped Him. Lazarus looked and saw beyond this material world to a world to come, and even though his body was weak and diseased, his spirit prevailed. Many people would and do take their own lives because they give up and fall into the pit of misery and despair, they curse their life, and God, but not Lazarus, because scripture says he died (naturally) “and was carried by the Angels into Abrahams bosom.”

Lazarus dies and is “Carried by the Angels” which according to the Greek, “he was not carried like a sack of flour, but born up in arms as of someone who is precious and greatly loved, carried like a newborn baby that has experienced a long hard childbirth and has now sprouted to new life.

But in contrast to Lazarus, the rich man is buried, placed in the ground and seemingly forgotten by the world or perhaps the world is rejoicing over his death and the end of the repression which he imposed on those less fortunate than he. In any case, this man who was so rich and powerful in life, now finds himself in torment, being cast into hell which the Greek describes as “the unseen world” which I believe indicates that hell is a totally dark place where one cannot even see the flames which cause the great pain experienced there.

Even being in great pain and torment, the rich man lifts up his eyes (v23) and through the darkness surrounding him sees Abraham at a great distance with Lazarus being tenderly held in his arms. Now the rich man cries out to Abraham “Father Abraham have mercy on me,” what a cry that must have been. A cry of desperation from a man who has spent a life in comfort, and now finds himself in pain and anguish and not just a cry but a scream tearing from his dry and parched throat with only one thing in mind, one great need to be satisfied. I would think that at this time the overwhelming burden this man carried would be one of repentance and guilt for his sin. But not this man! Water is the only thing this sinner can think about, a need to once again satisfy the lust of the body at the expense of the soul.

This man also besides his need for water, still has a need of being served. In (v24) he begs Abraham “send Lazarus” to satisfy his thirst. Even tho he is condemned to eternity in hell and everlasting torment, still his old nature prevails, even after death. This plainly shows that if there is to be any change, it must take place here, on this earth, or we will forever regret mission the opportunity to experience that change that God can make in our lives. 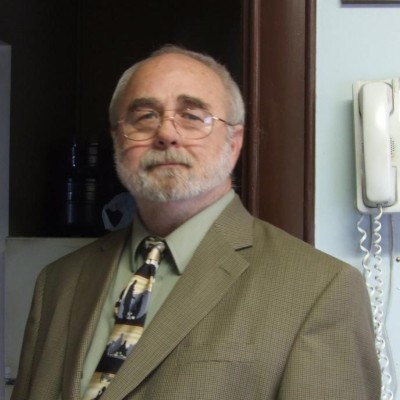 Next post The History Of The Song “Twelve Days Of Christmas”

Commentary On The Unrighteous Steward